Around The League: Week Five Review 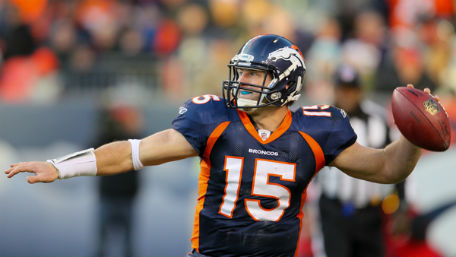 The greatest of all time!

Here’s a look around the NFL after five weeks. Let us know if you agree or not.

Surprising
San Francisco 49ers — If anyone told us these clowns would be 4-1 at this point, we’d have told them they’re crazy. They went into Philly and won and thrashed Tampa last week.

Buffalo Bills — A week after losing to Cincinnati we labeled them pretenders. They bounced back with a win over Philly and at 4-1 lead the AFC East with New England.

New York Jets — Have lost three in a row to drop to 2-3. These idiots are going to have to make a great run to even make the playoffs. Good luck with that.

Cincinnati Bengals — Beat Buffalo and Jacksonville their last two games. Lost to San Francisco by just five. Are 3-2 with a rookie quarterback.

Arizona Cardinals — Not many people thought they’d be good, but did anyone think they’d be this bad in the NFC West. They’re 1-4 and just gave the Vikings their first win. Pathetic.

2. Detroit Lions (5-0) — Still the only other undefeated team. They face 4-1 San Francisco this weekend, which could be a tough test. Detroit’s offense is nearly unstoppable, but the 49ers have a hell of a defense.

3. New England Patriots (4-1) — Their pass defense is atrocious — last in the NFL atrocious — but they handled Oakland and the Jets the last two weeks. Tom Brady is the difference.

4, New Orleans Saints (4-1) — They had a scare against Carolina and their defense isn’t great, but no one wants anything to do with facing Drew Brees and that offense.

5. San Diego Chargers (4-1) — They haven’t been overly impressive in beating Kansas City, Miami and Denver the past three weeks, but a win is a win. We’ll see what happens when they get a real test.

6. Buffalo Bills (4-1) — Rebounded from their only loss of the season by hanging 31 on Philly. They’re third in the league in scoring at 32 per game and fourth in rushing at 138 yards per game behind the underrated Fred Jackson.

7. San Francisco 49ers (4-1) — They run the ball and they play defense. It’s amazing what happens when you hire a coach who isn’t a complete moron. Jim Harbaugh has turned this team around.

8. Oakland Raiders (3-2) — They rebounded from a tough loss against New England by going into Houston and beating the AFC South leaders. The Raiders are second in the NFL in rushing at 161 yards per game.

9. Baltimore Ravens (3-1) — Their wins are over Pittsburgh, St. Louis and the Jets. Their loss is to Tennessee. That makes them slightly above average in our eyes. They have Houston at home after a bye in week five.

10. Washington Redskins (3-1) — Here we thought the Giants were the class of the NFC East and then they shit the bed against Seattle at home. That makes the Redskins, who are also coming off a bye, the NFC East’s default representative.

#Winning
1. Tim Tebow — 79 yards, 1 TD, 0 INTs, 101.7 rating — Haven’t you heard? The greatest quarterback to ever play the game is now starting in Denver. Never mind that he only completed four of 10 passes last weekend, the second coming is upon us!

5. Fred Jackson — 480 yards, 5 TDs, 5.3 ypc — Darren McFadden might lead the league in rushing, but Jackson has more touchdowns and his team has one more win.

#Losing
1. Brady Quinn — It’s unheard of for a team to pass over their second-string quarterback and go directly to their third-stringer, but that’s exactly what happened when the Broncos decided to bench Kyle Orton. Despite outplaying Tebow and earning the No. 2 job, Quinn is not Jesus Christ Himself. Fortunately, he’s still dating Alicia Sacramone.

2. Kevin Kolb — 1,281 yards, 5 TDs, 6 INTs, 77.3 rating — This guy was supposed to save the Cardinals offense. Instead, he’s hung around mediocre to below average. In the past three weeks he’s thrown five picks. The Cards also lost to Minnesota 34-10 last weekend.

3. Jared Allen — 20 tackles, 8.5 sacks, 1 forced fumble, 1 INT — Is a great season being wasted anymore so than Allen’s by a really shitty team? The Vikings suck balls, but I guess that’s what he gets for playing for that asshat organization.

4. Sam Bradford — 849 yards, 3 TDs, 1 INT, 70.8 rating — This was supposed to be Bradford’s coming-out season, but his team has been ravaged by injuries and he’s been sacked 19 times, the second-highest total in the league. The Rams are also 0-4. He’ll have to take his beating and wait until next year.

5. Miami Dolphins — Chad Henne goes down with a season-ending injury, the team tries to sign David Garrard to replace him and Garrard refuses. Word is, another quarterback the Dolphins tried to sign may also have turned them down. They ended up settling on Sage Rosenfels.

Previous Article
McCarthy Has Had Enough Of Your Questions About Receivers
Next Article
Face It: You’ll Never Get Packers Season Tickets [Photos]