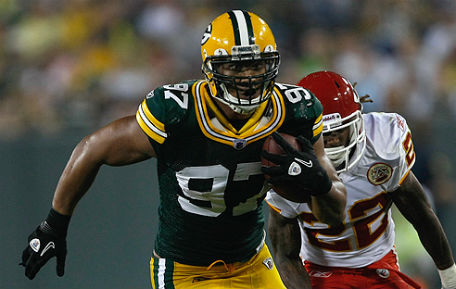 Each year, the Green Bay Packers have been among the league’s youngest teams. The Packers are the second youngest team this season, thanks in large part to the 10 rookies they kept on the 53-man roster.

The [intlink id=”68″ type=”category”]Tampa Bay Buccaneers[/intlink] are the only younger team in the NFL.

On offense the Packers are the NFL’s sixth youngest. On defense they’re seventh. Their specialists are third youngest.

On the other end of the spectrum are the [intlink id=”386″ type=”category”]Pittsburgh Steelers[/intlink], who will field the oldest team in the league this season. As for the rest of the NFC North, the Lions are, perhaps surprisingly, the fourth-oldest team. The Vikings are 10th oldest and Bears are closer to the Packers, as the 23rd oldest team.