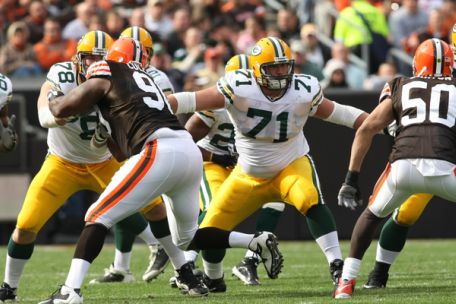 When guard [intlink id=”90″ type=”category”]Josh Sitton[/intlink] signed a five-year contract extension with the Green Bay Packers last week he became a rich son of a bitch.

That’s the amount of new money Sitton received. The contract includes $8.9 million in guaranteed money and averages $6.75 million a year, making him the seventh-highest paid guard in the NFL.

Here are all the other numbers from Bob McGinn.

None of Sitton’s base salaries are guaranteed, which is impressive from the Packers standpoint. If he gets injured or his play falls off, the team can cut ties with him with minimal financial repercussions.

Sitton is now tied with linebacker [intlink id=”80″ type=”category”]A.J. Hawk[/intlink] for the sixth-highest salary on the Packers.