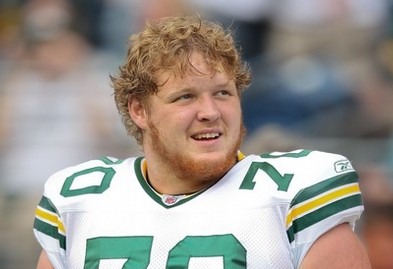 To be fair, Lang probably had the inside track before the competition began. Sherrod was a left tackle in college and was taking his first stab at guard.

Lang was also a left tackle in college, but has played both guard and tackle since he was drafted by the Packers in 2009.

“This is probably the first time where I think I know what my best position is,” Lang said. “I really hadn’t had the chance my first two years to settle down to one spot. With the opportunity to come in this year the first few weeks and take the majority of reps at left guard, I’m finally starting to settle in pretty nice. There’s a lot of things I’m doing good, and definitely some things I need to continue to work on. That’s going to come with time.”

Sherrod is viewed as the Packers left tackle of the future, but there certainly was no harm in giving him a shot at grabbing a starting position next to [intlink id=”225″ type=”category”]Chad Clifton[/intlink], who he’s expected to take over for.

The rookie took to the position at the start of training camp and was working extensively with the No. 1 offense, but ultimately Lang knew how to play guard more effectively.

It’s been McCarthy’s M.O. to name his starting offensive linemen midway through training camp. The thought being, the No. 1 unit needs time to work together and gel.

Lang’s play ultimately earned him the starting spot and he may well turn out to be better than the man he replaced, [intlink id=”94″ type=”category”]Daryn Colledge[/intlink].