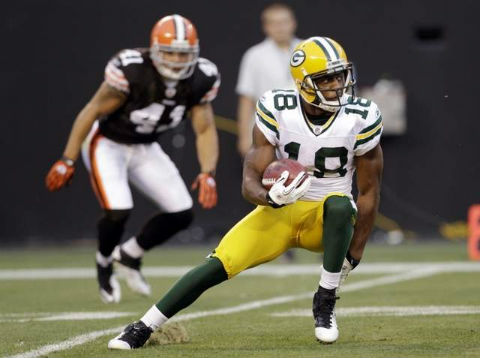 Cobb has contusions in both knees and is listed as day-to-day. The injuries happened while he was returning a kick against Arizona.

“I got hit in an awkward way and came down a little awkward,” Cobb said.

If Cobb isn’t able to go, the Packers will need to choose a returner to fill in until he’s ready. [intlink id=”1618″ type=”category”]Alex Green[/intlink] appears most likely to be the primary kick returner in Cobb’s absence, but the punt return job isn’t as clear.

The Packers exposed cornerback [intlink id=”82″ type=”category”]Tramon Williams[/intlink] on punt returns last season and we can’t imagine they want to do that again.