Michelle Beadle Is Probably Screwing Someone On Packers [Video] 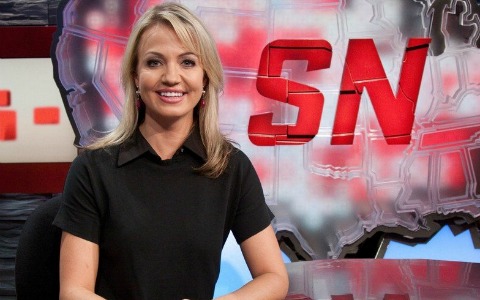 Everything seems to stem from the ESPYs, where all three were in attendance.

Beadle was seen hanging out with Rodgers at one of the ESPY after parties and, knowing what kind of pussyhound he is, it wouldn’t be surprising if the old cockslinger threw her a bone.

“I saw and talked to Aaron the first night I was there,” Beadle said. “I don’t know the guy or anything, but we [she and her girlfriends] were hanging out with him. But Marcia [Keegan, her boss,] told me that she heard I had apparently blurted out in front of him, ‘I just wanna get fucked’ very loudly.”

Still, a source who was present at some of those ESPY after-parties maintains that Beadle had gotten obnoxiously hammered and that at one point she put the moves on Aaron Rodgers. Rebuffed, she went on to fuck his teammate Clay Matthews instead, the source said.

Beadle denies that as well, saying she only talked to Matthews at a party, but he was pulled away and yelled at for chatting her up.

Of course, it now appears that’s not the entire truth. Here’s video of Matthews and Beadle strolling to some sort of event after the ESPYs.

It would be hard to imagine Clay didn’t bring the hammer down on one of those broads.

Previous Article
Packers Training Camp, 8-4 [Photos]
Next Article
Jay Cutler Will Not Be Choking On That Gravy After All