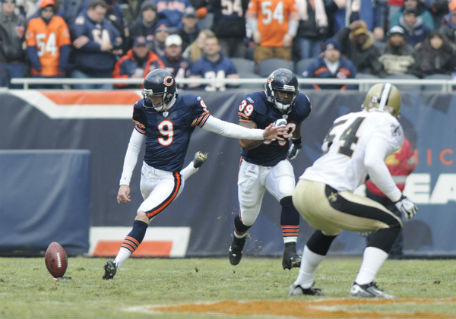 The NFL has a new kickoff rule and the Chicago Bears don’t think they have to follow it.

Teams are required to kick off from the 35-yard line this season. It’s a rule change the Bears opposed because it castrates the return game by increasing touchbacks. The return game is one of Bears’ strengths.

On Saturday, the Bears kicked off from the 30 twice, ignoring the rule change.

The NFL’s vice president of officiating had to call Soldier Field and tell the game officials not to let it happen a third time.

The Bears claimed they kicked off from the 30 because they wanted to practice their kickoff coverage.

That’s kind of a weak argument. They could have kicked the ball short of the end zone or taken a five-yard penalty to legally kick from the 30.

Chicago was simply telling the NFL where to stick their new kickoff rules.