Underwood Up To No Good: Part 2 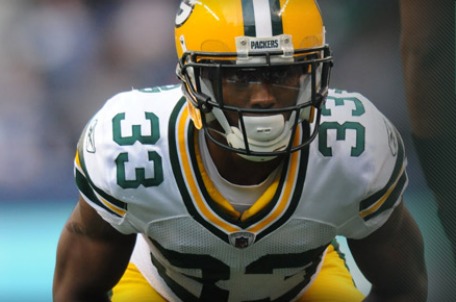 Things are not going well with the Mrs.

Underwood, who was accused of sexual assault last summer after an incident involving two prostitutes — he would plead no contest to a prostitution charge in March — is now being charged with disorderly conduct.

According to the criminal complaint filed against him, Underwood’s wife Brandie told police the two had gone out after the ring ceremony. During that ceremony Brandon received his Super Bowl ring, and Brandie received a necklace, as a player’s wife.

Brandie says when the two pulled into the driveway, they were arguing, and eventually Brandon grabbed “the necklace she was wearing around her neck and ripped it off her neck, breaking the chain.” The criminal complaint goes on to say Brandon went to the passenger side of the car, “grabbed a hold of Brandie’s arms with both of his hands, pulled her out of the car, and threw her onto the ground.”

When Green Bay Police showed up, Brandie was on the phone with Brandon, and an officer spoke with him. Brandon told the officer he was upset Brandie was wearing the necklace, and said that “…if Brandie was going to have the necklace he wanted to be the one to make that decision of whether to or not to give it to her, apparently referring to the fact that he and Brandie are in the process of getting a divorce.”

Underwood was arrested when he returned home.

His wife filed for divorce in May. I wonder if the prostitutes had anything to do with it?

Regardless, we’d be surprised to see Brandon Underwood in a Packers uniform this season. The team has a history of standing by troubled players — see Johnny Jolly — but Underwood has long been known for his immaturity and fell out of favor with the coaches last season after drawing praise during the offseason.

Underwood was eventually moved to safety after getting buried on the depth chart at cornerback.

It seems probable someone like rookie [intlink id=”1622″ type=”category”]Davon House[/intlink] could put Underwood out of a roster spot if this latest incident doesn’t force the Packers to make the move before training camp.

Underwood is scheduled to appear in court Wednesday.