Rodgers: Take Your Dallas Cowboys Hat And Shove It 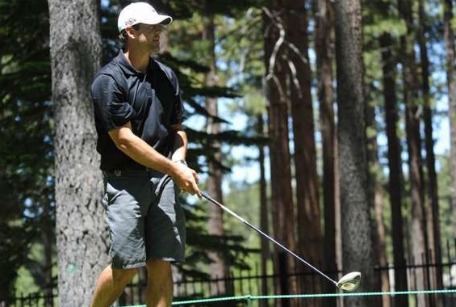 Rodgers was handed a Dallas Cowboys hat to autograph while playing a practice round for the American Century Championship in Lake Tahoe on Tuesday and refused.

Green Bay Packers quarterback Aaron Rodgers playfully turned down an autograph-seeking fan on the first hole after the fan asked the Super Bowl MVP for his John Hancock on a Dallas Cowboys hat.

“I’m not signing that,” Rodgers said.

The Cowboys fan walked away smiling, and said, “I thought Rodgers and (Dallas quarterback Tony) Romo were best friends?”

Of course, being the swell guy he is, Rodgers was more than happy to chat up the gallery, many of which traveled from long distances to get a glimpse of the quarterback.

“We followed him around a little bit earlier today and he’s signing autographs, talking to the fans … it’s neat to see somebody so humble, especially after winning the Super Bowl and being Super Bowl MVP,” said Jennifer Reinhart, who traveled from Sheboygan.

It must be a tough life for Rodgers right now — Super Bowl MVP, choice of women, beloved by millions, gets to play golf on a Tuesday…