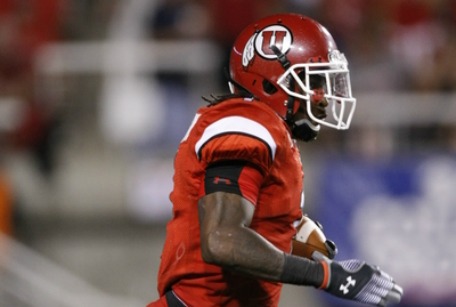 Smithson could stick as a return man.

Smithson caught only 25 passes for 383 yards and three touchdowns, but he was first in the nation in punt return average at slightly more than 19 yards per return. He scored two touchdowns and averaged 24.1 yards per kickoff return.

Genus was a first-team All Big East selection his senior season. Borel was a quarterback at Utah State (2,108 yards, eight touchdowns and 13 interceptions), but will play receiver for the Packers.

Jennings recorded 84 tackles and three interceptions in 2010. Lattimore racked up 11.5 sacks last season, but at 230 pounds, he’ll need to add weight to be effective at the NFL level.

So’oto recorded 45 tackles and five sacks in 2010. He will move to outside linebacker with the Packers.

Peanut Joseph recorded 71 tackles in 2010. His brother recorded 41. Ross was credited with 60 tackles and three interceptions in his final college season.

All of these players will be long shots to make the final roster, but some may end up on the practice squad.