Jennings Parodies Madden ‘Put The Team On Your Back’ Video 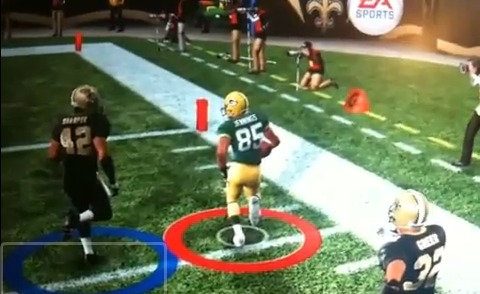 If you’ve seen the YouTube video of the Madden play featuring Green Bay Packers receiver [intlink id=”138″ type=”category”]Greg Jennings[/intlink] going 99 yards for a touchdown on a broken leg, well, you know it’s hilarious for the commentary.

Lines like (inside the mind of Jennings), “Dog, I gotta do dis shit. I put the team on my fuckin’ back, doe. My leg broke. I don’t know how the fuck I’m runnin’ right now, doe,” and “Oh, shit! Darren Sharper, one of the most hardest hittin’ safeties in the league!” (seen above) have made it famous.

If you haven’t seen it, take a look, along with Jennings response to a question about the video.

Now, because he’s obviously had some free time, Jennings made a parody of the video starring his family. The language is not nearly as NSFW as the original, but it’s still pretty funny.