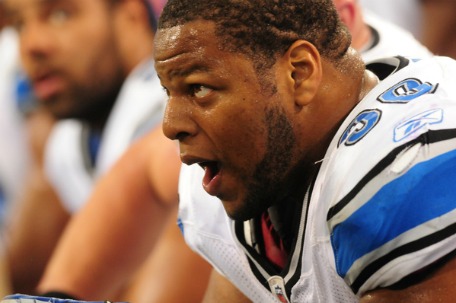 Last week, Suh repeated a proclamation he made in March that everyone with good sense immediately dismissed and then forgot about — the Detroit Lions can go 16-0 this year.

“Like I said before, we can go 16-0,” Suh said. “One of the reasons I’m saying this is because we should shoot for the top. And if you don’t want to be a Super Bowl team, what are you playing for? If you are satisfied with winning games and just making the playoffs, I think you should expect more. There is more to just playing and trying to win games. That is my mentality and that is my approach. We should come in with the attitude of the sky is the limit and we want to be the best.”

I know the Lions are the offseason media darlings and finished last season impressively, but they were still only 6-10 and three years removed from not winning a single game.