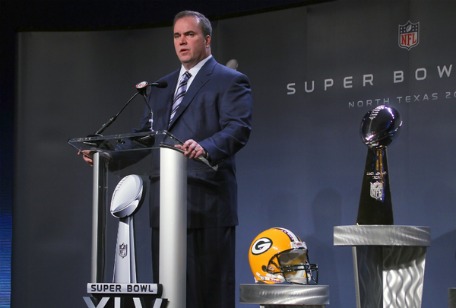 McCarthy has his work cut out for him.

Maintaining focus will be key for the Green Bay Packers entering the 2011 season.

The team, which will add several starters who were injured in 2010 to an already talented nucleus, will be facing off-the-charts expectations. With the amount of talent the Packers have, I think it’s fair to say anything less than a repeat will be a lost season for Green Bay.

The problem facing the coaching staff and organization is keeping distractions to a minimum. More so than in past seasons (with the exception of the [intlink id=”41″ type=”category”]Brett Favre[/intlink] fiasco), those distractions could be coming from inside.

There probably isn’t a more talented team in the NFL than Green Bay, but as [Mike] McCarthy has said before, talent doesn’t always win championships. Recapturing the chemistry of this team will be difficult because expectations will be enormous, egos will be in launch mode and many players will be thinking about getting paid. That’s the poison McCarthy has to keep out of his locker room if he’s going to have any chance of repeating as champion.

If McCarthy is successful, the Packers should be in a good position to win another Super Bowl. If he isn’t, the season could derail quickly.