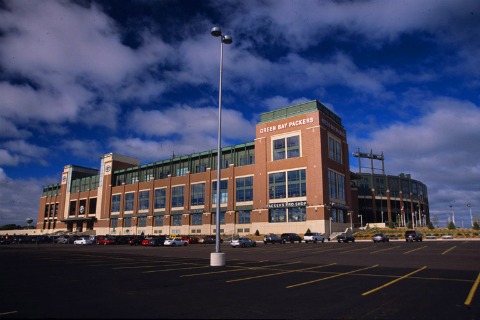 Theoretically, you might be able to go Bear hunting at Lambeau.

Wisconsin’s expected new gun law, which will allow adults with a permit and proper training to carry a concealed handgun, has people wondering if fans might be able to bring guns into [intlink id=”183″ type=”category”]Lambeau Field[/intlink].

There’s a lot of confusion surrounding the issue at the moment.

The NFL does not permit guns in any of their stadiums, but Lambeau is owned by the city of Green Bay, which may override NFL rule. Additionally, the bill does not permit concealed carry in buildings owned or leased by the state.

“The building itself is a government-owned building, but whether it’s considered a government building for the definitions of any kind of law, I don’t know that at this point in time,” said Stadium district Executive Director, Pat Webb.

The uncertainty has everyone scrambling to figure things out.

“Right now we’re dissecting the law. We are reading it. We’re going to consult with the city’s attorneys, with the Packers organization,” said Green Bay Police Captain Paul Ebel.

“I think common sense will prevail in something like that.”

I say let people carry concealed handguns into Lambeau. It might dissuade some of the Chicago riff raff from coming up.

I’m kidding, of course. I think no matter where you stand on gun rights, you can see weapons of any kind in Lambeau Field is a bad idea.

We all know how many people get thrown out of there for being drunk and disorderly every Sunday. Adding guns to that mix won’t turn out well for anyone.