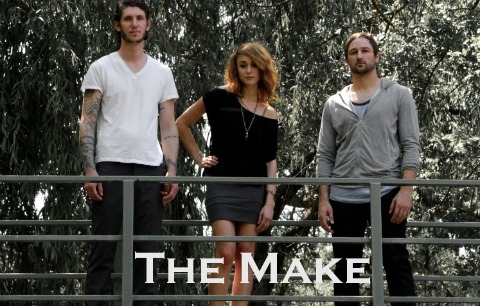 Well, maybe not producer, but Rodgers has started a record label called Suspended Sunrise Recordings. The company’s initial project is with a band called The Make, from Rodgers’ hometown of Chico, Calif.

For those of you wondering what the hell the Packers’ quarterback is doing dicking around in the studio during the lockout, well, worry not. The endeavor has been coming together for some time.

“This is the first step in the process,” the Super Bowl XLV MVP said.

“My business partner and I have been working for a couple of years trying to put this whole thing together. We’re excited about starting the process, to see what happens with this band. Obviously football is my first priority, music is my passion after that.”

So what do we know about The Make?

We know there’s a hot broad in the band and there are dancing cops in the video for their song Get It.

So that’s a good start.