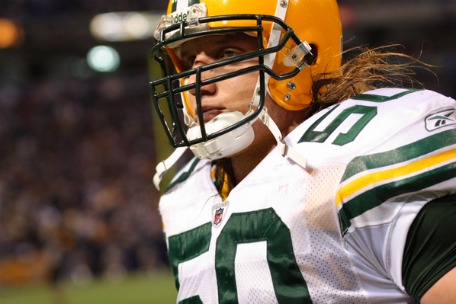 A Buckeye until the end.

The Ohio State program has come under fire for providing players with improper benefits, among other things.

“Some of the stuff that he was preaching from early on, I just was amazed at the type of guy he was and the stuff he would come up with. The first thing he told us in our first meeting was he was there first to make us a better man, and then second to be a better football player. And I think that’s the way to do it in college football. Obviously people are trying to make him look like a hypocrite now and saying it’s really not true, but honestly, it is the truth.

“He was trying to protect his guys, and I think what people always say, he was ‘loyal to a fault.’ He wanted what was best for his players and for his team and in the end, he’s being the fall guy when in truth, at some point, you’ve got to put some of this on the players. They have to take responsibility for their actions, and obviously they are with the guys that are suspended… Coach Tressel can’t babysit 120 guys a year for 10 straight years.”

Most of the wrongdoing, alleged or otherwise, has occurred in recent years.

Five players, including starting quarterback Terrelle Pryor, are suspended for the first five games of the 2011 season. The players were found guilty of selling awards and receiving improper benefits.

More recently, players have been accused of receiving cars. Hawk said none of those things happened when he was at the school.

“I have people on my team in Green Bay all the time that try to joke with me and … they say, ‘OK we know people at Ohio State are doing that,’ ” Hawk said. “The crazy thing is, in my four years there, I never saw anything like that. … A couple guys on the team at the time got into trouble, but I never saw anything. That never got inside the locker room, I would say. It was never anything I was aware of.

“I’m definitely surprised with the stuff that’s coming out now. … I think there’s definitely some guys that are a little bitter toward the school, some former players, that want to come out and make stuff public that may or may not be true.”