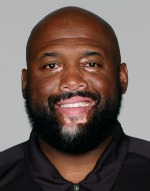 Even the coaching staff is getting in on the long-standing [intlink id=”35″ type=”category”]Minnesota Vikings[/intlink] tradition or being a completely idiotic douchebag.

Dunbar is facing a restraining order. The request was filed on Tuesday by a woman who claims Dunbar sexually assaulted her.

The woman said Dunbar has shown up at her home twice since a sexual assault in April. She said in the paperwork she is “afraid of retribution and unsure of his behavior.”

To be fair, we should point out the woman is not requesting a court hearing and Dunbar’s attorney says he doesn’t anticipate any charges will be filed.

Still, you have to do something pretty stupid for someone to slap you with a restraining order.

Stupid is par for the course in Minnesota, though.