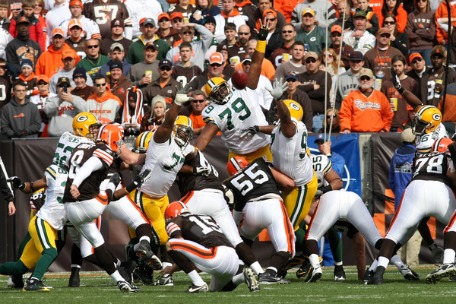 I always find it odd when I see someone who isn’t old, rich and white latch onto conservative political causes.

Of course, there’s a certain theory that sums things up nicely — you’re only a Democrat until you start making a lot of money, unless you live in California.

He’s a member of the morality police.

Back in January, it was revealed that Pickett sits on the board of directors of xxxchurch.com, an anti-porn organization that annually broadcasts their smut-is-bad message to hundreds of churches around the country.

That changed when I received an email a couple weeks ago.

The message itself was innocuous — we’re looking for a photo of Ryan Pickett for a pamphlet we’re producing and we were wondering if we could use the one on your website.

I thought about the request for a little bit because I thought it might be good publicity, even if it was on a small scale. Then I decided to look up the website of the individual I received the email from — wrtl.org.

Turns out said organization is an anti-abortion organization. Not only that, but they’re anti-stem cell research, anti-Planned Parenthood and so forth.

Obviously, I didn’t want our name attached to something as potentially inflammatory as that. We like to state opinion and don’t mind ruffling feathers, but we’re not in the business of telling women what to do with their bodies.

Ryan Pickett, on the other hand, is.

While there are a lot of things I’d like to say about a man being an anti-abortion spokesman, I’m going to leave it alone.

Although, it kind of reminds me of when Reggie White called homosexuality a sin or when he outed himself as a racist in front of the Wisconsin State Legislature.

As for Pickett, I suspect he’s just a product of his environment.

It must give you a great perspective on the rest world growing up in a rich suburb of Tampa where 90 percent of the population is white.