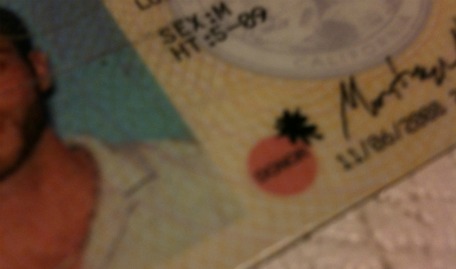 It's true. No one will want my liver.

Why are Green Bay Packers fans the best in the NFL?

Suffering from Hepatitis C, the 55-year-old Chicago resident would have died had he not received a liver transplant at the University of Wisconsin Hospital in Madison on March 14, 2010.

Because we’re better than you. We don’t think of petty rivalries, we save lives.

[intlink id=”13″ type=”category”]Chicago Bears[/intlink] fans, on the other hand… well…

Actually, no. There’s a good chance we’ll say nobody will want my liver because I’m an alcoholic, but we’re not nearly that petty.

I’m a donor and this instance reminded me to do something important.

I just added a poorly-made asterisk to my license next to the donor symbol. On the back it says, “Don’t give shit to a a [intlink id=”35″ type=”category”]Minnesota Vikings[/intlink] fan or I will return from the grave and murder your family.”

Previous Article
Ray Edwards: Boxing Better Than Playing For Vikings
Next Article
Guy Who Probably Killed Someone Says Crime Will Rise If Season Is Lost