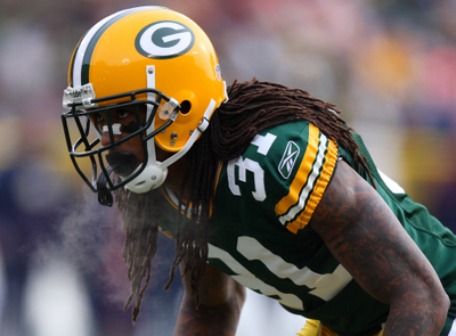 Cornerback [intlink id=”153″ type=”category”]Al Harris[/intlink] may not have finished his career or the 2010 season with the Green Bay Packers, but Harris will always be a Green Bay Packer in our estimation.

Even though the team cut Harris after he came off the physically unable to perform list last season, he’ll still get a Super Bowl ring.

While the gesture must be bittersweet for the 13-year veteran, considering he played his only games of the 2010 season for the Miami Dolphins, it’s also fitting.

Harris rose to prominence as one of the game’s top corners in Green Bay, where he played seven seasons, and spent most of 2010 trying to come back from a knee injury that could be termed catastrophic. The two-time Pro Bowler tore his anterior cruciate ligament, lateral collateral ligament, iliotibial band, fibular collateral ligament and lateral hamstring in a November, 2009 win over the San Francisco 49ers.

He worked diligently to get back on the field, but wasn’t ready when training camp ended in 2010. The Packers stashed Harris on the PUP list, allowing him six more weeks of rehab, but after practicing with the team from weeks seven through nine, the Packers waived Harris, deciding he wasn’t ready to contribute.

Although his career didn’t end the way anyone expected, Al Harris has always been a class individual. He’ll always be a Green Bay Packer.

It may look like a technicality that Harris was on the team in 2010, but as an organization, the Packers are doing right by one of their own.

We wish you could have enjoyed the fruits of your labor with us in Arlington, Al. Even if you weren’t there in person, you were there in spirit and you deserve a ring.

If anyone is a champion, it’s Al Harris.

Harris contributed one of the Packers’ iconic playoff moments in an overtime victory over the Seattle Seahawks in 2004. After Seattle won the toss, quarterback Matt Hasselbeck proclaimed, “We’ll take the ball and we’re going to score.” Hasselbeck apparently didn’t account for Al, who ended the game in glorious fashion.