NFL Open For Business, But Not Really 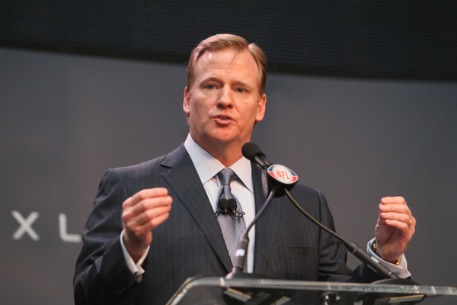 The league had requested a stay while they appeal Nelson’s ruling, arguing that starting the league year and activities like free agency could damage the competitive balance of the NFL.

Nelson was having none of it. Unfortunately, her ruling doesn’t dictate how the NFL must conduct business — it’s understood that the owners do not have to sign players and trades remain a big question mark.

Meanwhile, the league is telling its owners to keep the status quo while they appeal the ruling in the 8th Circuit Court of Appeals.

Essentially, it would seem the league has no intention of following the court’s decision.

“The NFL and the Clubs cannot collectively continue to refuse to deal with players,” Jeffrey Kessler and Jim Quinn, lawyers for the players, said in an email. “It is our view that the NFL (and) the Clubs will be in contempt of court if they do not comply with the order unless (and) until they hear differently from the 8th Circuit.”

Wouldn’t that be fun if all these idiots from the league were held in contempt?

While some free agents have begun shopping their services, at least three teams have turned players away from their facilities. It will be interesting to see how this plays out as the days go on.

Previous Article
Statistical Analysis Of Ted Thompson’s Drafts
Next Article
A Historical Look At No. 32