A Historical Look At No. 32 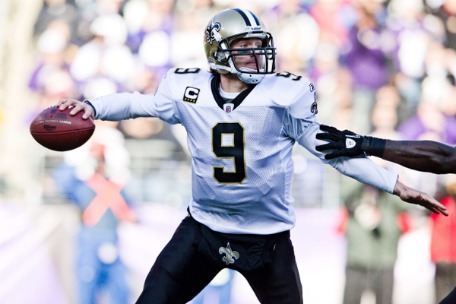 This cat turned out alright.

The Green Bay Packers will select at No. 32 in the first round of tonight’s NFL Draft and as you would expect, there have been some hits and plenty of misses at that particular spot in recent years.

Here’s a look at the players taken at No. 32 in the past 10 years and what those players say about who the Packers might land.

The Packers are likely to get a player with some staying power. All 10 guys drafted at No. 32 in the past 10 years were on NFL rosters in 2010.

After that, things get kind of dicey.

That brings us to the next level: solid pros.

Of course this is totally subjective, but there currently seems to be four solid contributors in this mix — Watson, Kiwanuka, Gonzalez and Hood.

Watson put together some nice seasons for the Patriots before having a career year for the Cleveland Browns in 2010, when he caught 68 balls for 763 yards and three touchdowns.

Kiwanuka notched four sacks in just three games in 2010 before a neck injury ended his year.

Speaking of injuries, Gonzalez has had big-time problems with them. He’s played in only three games the past two seasons. However, when he’s healthy, he can put up numbers in the Colts’ high-powered passing attack. In 2007, Gonzalez had 576 yards receiving and in 2008, he had 664.

If he can stay healthy, there’s a good chance Gonzalez becomes the Colts’ No. 2 receiver in 2011.

After doing next to nothing his rookie season, Hood came on during his sophomore campaign. The 300-pounder had 20 tackles and three sacks from the nose tackle position, while making the first nine starts of his career for the Steelers. That production won’t get Hood to the Pro Bowl, but it will make him a valuable cog in one of the best defenses in the NFL

That leaves us with the duds, of which there are clearly three — Ramsey, Brayton and Merling. Although Robinson wasn’t impressive during his rookie campaign, it’s still too early to tell where he fits in.

It’s easy to tell where Ramsey fits in, though.

The quarterback was a part-time starter for the Redskins for four seasons, but he didn’t do much to prove he was anything more than a career backup during that time. Although Ramsey has more career touchdowns than interceptions, he’s never thrown for more than 2,500 yards in a season and he’s never proven he can consistently move a team.

Brayton has racked up only 15.5 sacks in eight NFL season. He totaled only six with the Raiders, who let him sign with the Carolina Panthers prior to the 2008 season. During his career, the defensive end has averaged 35 tackles and two sacks per season.

Merling, another defensive end, has been just as much of a disappointment. In three seasons with the Dolphins, he’s made only four starts and has 62 tackles and 3.5 sacks. That averages out to 20 tackles and one sack a season.

So, if we leave Robinson out of the equation, the percentages play out like this.

Of course, you have to think the odds of getting a good player at No. 32 go up with Ted Thompson at the helm.

Previous Article
NFL Open For Business, But Not Really
Next Article
Big-Time Talent Could Fall To Packers