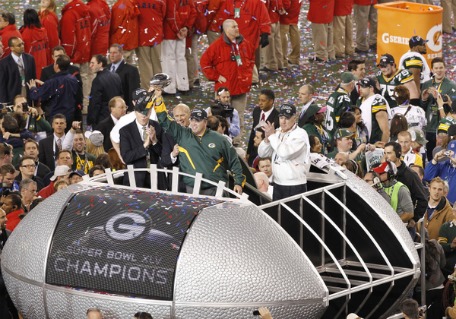 The NFL lockout has a lot of far-reaching consequences, but for the Green Bay Packers, it’s also put a hold on the traditional post-Super Bowl championship activities.

The Packers haven’t even ordered their Super Bowl rings because the team wants to consult the players before doing so. During the lockout, team personnel and coaches are forbidden from speaking to the players.

Similarly, the team hasn’t accepted an invitation from president Barack Obama to make the obligatory White House visit. The players, coaches and executives wouldn’t be able to appear together.

In the current state of affairs, it looks like it could be a while before either things happen.