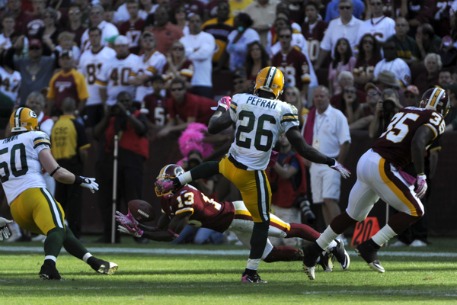 Peprah is a valuable insurance policy for the Packers.

The deal is reportedly worth $2.3 million.

This comes on the heels of linebacker [intlink id=”80″ type=”category”]A.J. Hawk[/intlink]’s new five-year deal, which the Packers finalized, Thursday.

Peprah played sparingly in his first four NFL seasons. He was cut by the Packers before the start of the 2009 season, went on to play two games for the [intlink id=”127″ type=”category”]Atlanta Falcons[/intlink] that year, and was brought back to Green Bay in 2010.

That turned out to be a good move.

Peprah stepped into the starting lineup in week five, after [intlink id=”1034″ type=”category”]Morgan Burnett[/intlink] went on injured reserve. Although he was never spectacular, Peprah proved capable, finishing with the year with 63 tackles and two interceptions.