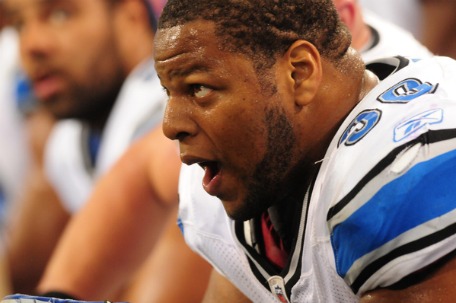 Not the sharpest knife in the drawer.

“I don’t see there’s a reason why we can’t be 16-0,” Suh said. “As long as we put in that hard work throughout -– I don’t know if we’re going to have OTAs, but throughout camp and getting ready for that 2011 season — as long as we stay healthy and are putting in that work, I think we should be happy with what we end up with.”

Yes, the Lions won their last four games, last season. They did indeed beat the Super Bowl champion Green Bay Packers. At 6-10, the Lions had their most successful season since going 7-9 in 2007.