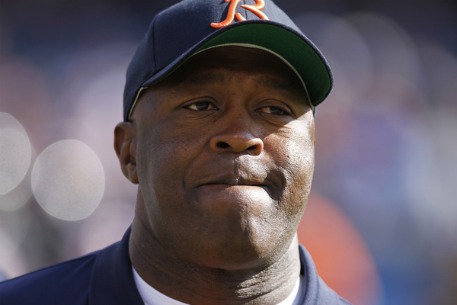 Since then, he’s done nothing but prove my initial feeling about him correct. He’s a complete idiot.

Mostly, it’s been his adamant defense of quarterback [intlink id=”405″ type=”category”]Jay Cutler[/intlink]. You know, the guy who quit on the Bears in the second half of the aforementioned NFC Championship game and stood on the sidelines breathing through his mouth?

Let me map this out for you, you monumental douche.

Woodson had a broken collarbone. Driver had a high ankle sprain, which kept him from working out until several weeks after the game.

Cutler, on the other hand, had a knee injury — one similar to the knee injury [intlink id=”234″ type=”category”]New Orleans Saints[/intlink] quarterback Drew Brees played almost the entire 2010 season on. In addition, Cutler was seen strolling around Beverly Hills like nothing was wrong a couple days later.

Then there’s the question of leadership. Most teams get it from their quarterback.

Had [intlink id=”25″ type=”category”]Aaron Rodgers[/intlink] hurt his vagina and not played the second half of the Super Bowl, Smith would have a point.

As it were, he just reinforced the notion that he’s truly a moron.