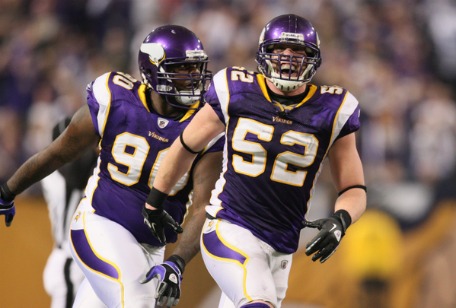 Greenway will be back, but it may cost the Vikings.

The move is significant because the Vikings also have two other key starters headed toward free agency — receiver Sidney Rice and defensive end Ray Edwards. With the team using their franchise tag on Greenway, it seems probable they’ll lose either Rice or Edwards, perhaps both.

Losing Rice would be a big blow to an offense in flux. The Vikings have an uncertain situation at quarterback, where second-year man Joe Webb is currently at the top of the depth chart. The team’s only threat at receiver, outside of Rice, is Percy Harvin.

Greenway had 144 tackles in 2010. Edwards had 37 tackles and eight sacks. Rice had 17 receptions for 280 yards and two touchdowns in six games.