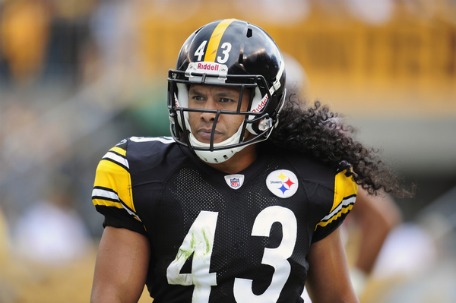 Maybe he should give it back.

After he won the award, Polamalu turned to Twitter with these words.

I don’t know about Ed Reed, Julius Peppers or James Harrison, but a lot of people can and will make a case for Matthews as being more deserving. I, of course, won’t be one of those people, but that’s beside the point.

Polamalu has never been one of those look-at-me guys, other than those damn hair commercials, so the response isn’t unexpected. In fact, I’d expect Matthews would have said something similar if he won it.

Let’s hope Matthews uses this loss on the field and shows the world who the best defensive player in the NFL really is.