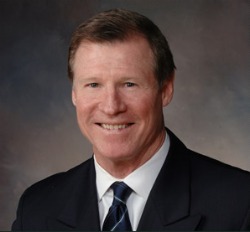 Robinson, who was with Cowboys head coach Jason Garrett when both were members of the [intlink id=”298″ type=”category”]New York Giants[/intlink], will hold the same position with the Cowboys.

Robinson had been with the Packers since 2006, but in 21 seasons as a coach he’s never served as anything other than a receivers coach, which tells me he isn’t that big of a loss.

It was believed the Packers were in more danger of losing assistants from their defensive staff. Safeties coach [intlink id=”462″ type=”category”]Darren Perry[/intlink] and linebackers coach [intlink id=”304″ type=”category”]Winston Moss[/intlink] had been prominently mentioned as possible candidates for several open defensive coordinator jobs. Currently, only Oakland and Tennessee have openings at defensive coordinator and Tennessee doesn’t appear to be interested in either.