Woodson Takes A Shot At Obama 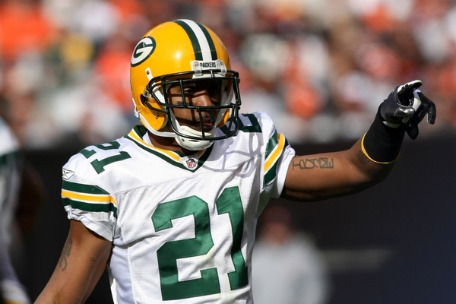 Woodson gave a rousing post-game locker room speech to the rest of the Packers after they beat the Chicago Bears on Sunday.

At the end, Woodson takes a shot at president Barack Obama, who’s a Bears fan. Obama said he would attend the Super Bowl if the Bears won.

Woodson obviously took note. At the end of his comments Woodson had this gem.

“The president don’t wanna come watch us in the Super Bowl. Guess what? We’ll go see him!”

Packers.com has video, which ends with Woodson leading the team in a chant of “White House!”

The Super Bowl winning team is traditionally invited to the White House.