The Terrible Towel vs. The Titletown Towel 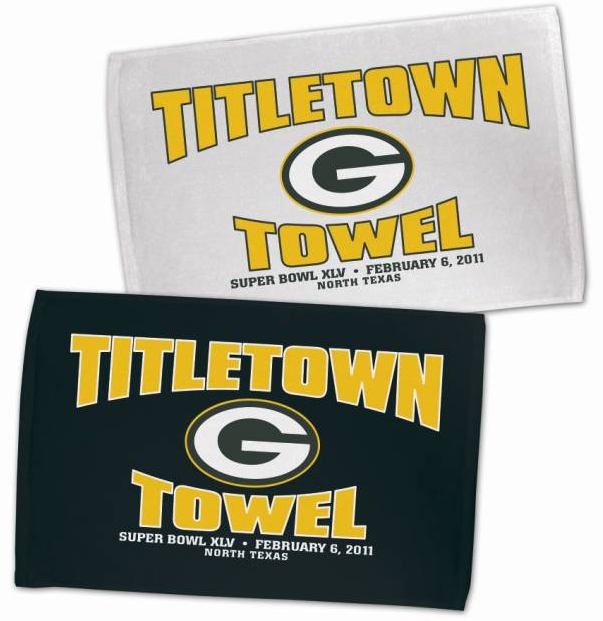 One my idiot friends who’s a Pittsburgh Steelers fan alerted me to the controversy surrounding the newly-released Titletown Towel.

Why is there controversy? Well, Steelers fans feel ripped off because, you know, THEY WAVE TOWELS AT THE GAME, GODDAMMIT!

That’s right, Steelers fans wave towels at the games because they don’t know how to cheer otherwise. So, someone had to design the Terrible Towel, which is basically just a yellow hand towel with a Steelers logo and the words “Terrible Towel” on it, so all those uneducated, unemployed steel workers knew what to do when their team scored.

Anyway, so the Packers released the Titletown Towel this week, which is, you guessed it, a green and white hand towel with a Packers logo and the words “Titletown Towel” on it.

Presumably, the same people who wear cheese on their head will be buying these.

At first, I thought maybe my idiot friend had a point — some company from Wisconsin ripped off the Terrible Towel idea for the Titletown Towel.

Then I found out they’re made by the same company — McArthur Towel & Sports, headquartered in where else?

At least all this fervent idiocy is helping the Wisconsin economy.