Perry, Not Trgovac, Appears To Be The Guy In Philly 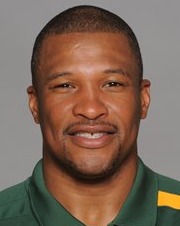 A week ago, Green Bay Packers defensive line coach Mike Trgovac appeared destined for a defensive coordinator job, either in Denver, where his old boss John Fox was named coach, or Philadelphia, which has been sitting on their hands since firing Sean McDermott.

It now looks like Trgovac will be staying with the Packers, unless he turns up as a candidate in Tennessee, where the Titans just fired head coach Jeff Fisher.

The Eagles have their eye on another Packers assistant, according to Reuben Frank of CSNPhilly.com.

It’s apparent the Eagles have their eye on a specific candidate from one of the two Super Bowl teams – we’re convinced it’s Packers defensive backs coach Darren Perry – and it’s possible that an informal deal has already been reached with that candidate.

The Eagles have shown zero sense of urgency to get anything done, and the message we keep getting from upper management is, “There’s a method to our madness,” and, “Our thinking will be apparent eventually.”

If Reid were still considering candidates, he would have been in Mobile, Ala., this week for the Senior Bowl practices, where every out-of-work coach lines the fence trying to get a job.

Although Perry only serves as the Packers safeties coach, the move would make some sense for a number of reasons.

First, Perry is a Pennsylvania guy. He attended Penn State and played seven seasons with the Steelers.

Second, Perry has been a defensive backs coach at two previous stops — with the Steelers from 2004-06 and with the Raiders from 2007-08. His role as safeties coach with the Packers was actually a slight step backward.

Lastly, Perry has shown a knack for developing players. He’s been credited with helping turn Troy Polamalu into an All-Pro in Pittsburgh and he’s helped turn Nick Collins into a Pro Bowler in Green Bay. That’s to say nothing of what he’s done with Charlie Peprah, who never started an NFL game before being thrust into the starting lineup this season.

The Eagles cannot formally request permission to interview Perry until after the Super Bowl and because he has one year left on his contract, Packers coach Mike McCarthy could deny the Eagles permission.

If the Packers let Perry go, cornerbacks coach Joe Whitt seems likely to be given the job of secondary coach.