Matthews Is NOT Defensive Player Of The Year 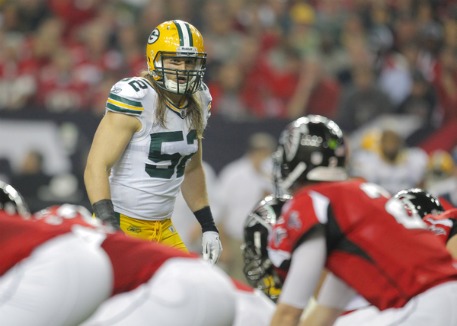 The award, voted on by the Associated Press, is the NFL’s official award.

Early reports from Brad Biggs of the Chicago Tribune, Bob Glauber of Newsday and your own Green Bay Press Gazette said Matthews had won the award.

Matthews picked up The Sporting News Defensive Player of the Year award, the defensive MVP award voted on by the Professional Football Writers of America and Pro Football Weekly, the third annual professional version of the Butkus Award, and was named first-team All Pro.

Polamalu got two more votes than Matthews in Defensive Player of the Year voting, finishing with 17 votes to Matthews’ 15, just as our statistical analysis predicted.

Only two pair of teammates in history have won the award in back-to-back seasons, which is what Matthews and Charles Woodson would have done if Matthews had taken home the award this season.