How Greedy Is The NFL? This Greedy, Apparently 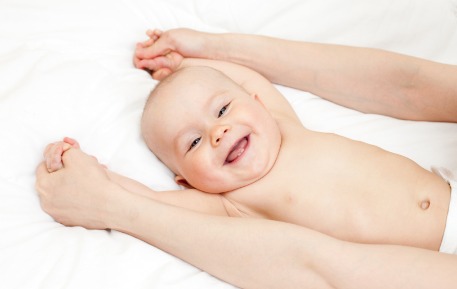 Surely this kid will be yelling touchdown! every time the Packers score.

Ah, the Super Bowl — the NFL’s one last cash grab of the year.

It’s the one game of the year where normal fans are normally priced right out. We didn’t know it was quite this bad, though.

If you have an infant, you’ll have to buy them a ticket, too. How do I know this?

Smith decided to fork over the dough for five tickets to go to the game with his son and daughter and their spouses, who happen to be Pittsburgh Steelers fans. And then…

“Then we found out that my infant grandson who is being breastfed and not bottle trained would be required to have a ticket just to get in the game, even though he will be in one of our arms during the entire game,” Smith said.

The game is being held in Cowboys Stadium, which allows infants in without tickets to Dallas Cowboys games. The NFL has a different policy for the Super Bowl, though, and I couldn’t quite get a straight answer as to why.

First, I got this.

“Every person attending the Super Bowl must have a ticket, it is a long-standing policy. Many aspects of the Super Bowl are different than a regular-season game, including the ticketing policy,” Dan Masonson, the NFL’s director of corporate communications, said.

“This long-standing policy is in place for the safety and comfort of all fans in the stadium. It has never been an issue,” Masonson said.

I don’t know, but I wonder if ticket prices have ever been this high? Maybe there’s a correlation.

The last time I looked into Super Bowl tickets was in early 2008, when some ass named Brett Favre would dash my dreams of watching the Packers in the big game. At the time, I was set to pay $1000 from a ticket broker.

Those party plaza seats? You’re standing outside the stadium, watching the game on a Jumbotron.

That’s not the half of it, though. If you’ve looked at buying Super Bowl tickets since the Packers won the NFC Championship, you know you’re not getting anywhere near these prices. A cursory glance at the StubHubs, Craigslist and your local ticket brokers will reveal you’re going to pay at least $2000 for a seat in the upper bowl, and in some cases you’ll pay that for standing-room tickets.

So, now that Smith has forked over $10,000 just to get his family in the door of Cowboys Stadium, he’s going to have to pay another $2000 to get his two-month old grandson into a game he’s not even going to remember.

Previous Article
Clifton Will Be Back
Next Article
Zombo Is Back, Walden Sits