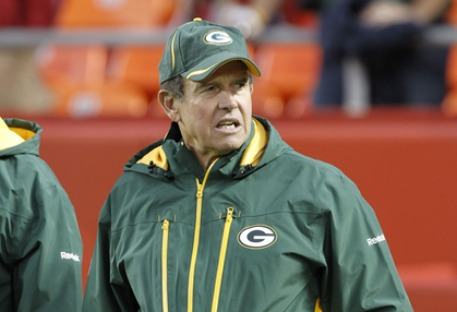 Capers will be blitzing the NFC North, next season.

Perhaps lost in the hype surrounding the Green Bay Packers’ matchup with the Chicago Bears for the NFC Championship is this important nugget — Packers defensive coordinator isn’t going anywhere.

Most notably, Capers has been notoriously conservative offensively in his previous head coaching stops. That’s something that doesn’t fly in today’s NFL.

The rest of the league apparently agrees.

Most telling is none of these teams even bothered to wait around until the Packers were eliminated from the playoffs to interview Capers. That says there’s no interest in Capers as a head coaching candidate.

None of this should come as a surprise to anyone, especially Capers. At 60 years old, Capers has a losing career record as a head coach. Those two factors don’t exactly make him a hot commodity, no matter what he’s done with the Packers defense.

This isn’t meant to be a sob story for Dom Capers, though. He’s had his chance.

It’s meant to be a positive story for the Green Bay Packers. Barring an unforeseen retirement, having Capers directing the Packers defense next season bodes well for the team.

With Capers at the helm, the Packers have registered two top-five defenses. There’s no reason to expect anything less in 2011.