This seems to have been circulating around the email forwarding circuit for a little while, but I think it’s fairly cool anyway.

We’ve confirmed with Packers Hall of Fame that this is a copy of the Green Bay Packers’ 1944 contract. It contains a cover letter — the image below — from Curly Lambeau to Ed McGroaraty.

Lambeau’s offer to McGroaraty is $150 per game, plus $35 a week for living expenses until the first game. No one seems to know anything about McGroaraty, but it doesn’t seem like he ever played a game for the Packers, who won the NFL title in 1944.

As for the origin of the document, it apparently comes from McGroaraty’s granddaughter.

Click on the image and you can view the full document (cover letter and contract) as a PDF. 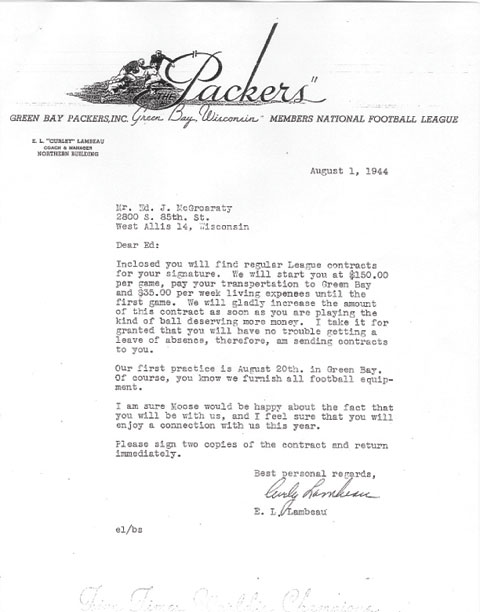