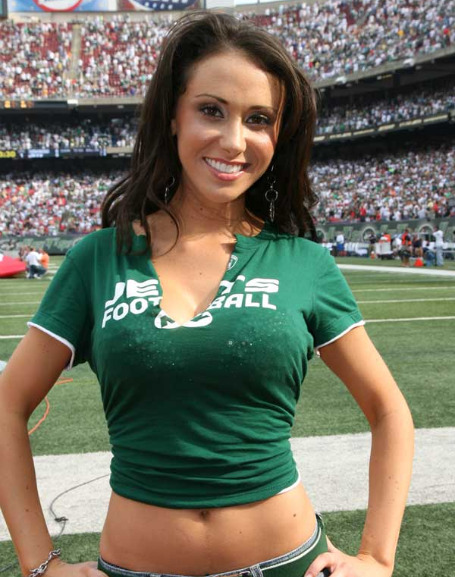 Not a Brett Favre fan

Jenn Sterger won’t pursue legal action against Minnesota Vikings quarterback Brett Favre over the alleged dong texts/sexual harassment if the NFL suspends the quarterback, according to her manager.

“If the [NFL] commissioner suspends Favre and puts him in a program to make sure this doesn’t happen again … 100 percent … Jenn would not pursue any litigation against Favre, against the Jets, against anybody,” Phil Reese said on the Dan Patrick Show.

The NFL’s investigation into the matter is complete. Commissioner Roger Goodell must now decide what to do, if anything, about it.

Favre could be suspended or fined for the incident with Sterger if Goodell determines he violated the league’s personal conduct policy. Favre admitted leaving voice messages for Sterger, but denied sending her photos of his cock.