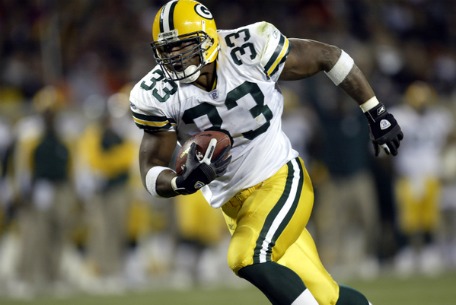 Hondo! was a hurdler in another life.

Three will be inducted into the Green Bay Packers Hall of Fame, including long-time fullback William Henderson, AKA Hondo!, the team has announced.

The other members of the class are guard Marco Rivera and contributor Frank Jonet.

Rivera played nine seasons with the Packers, starting seven. He played all 16 games in all but one of his seasons as a starter and made the Pro Bowl three times (2002-04). Rivera finished his career with the Dallas Cowboys, where he played two seasons.

We know nothing about Jonet, but here’s what the Press Gazette tells us.

Jonet was involved with the Packers since 1919 as office manager for the Indians Packing Company, team founder Curly Lambeau’s employer that sponsored the team with funds, uniforms and equipment. Jonet later served as team treasurer and was instrumental in helping the organization through difficult financial times.

The induction ceremony will be held July 23.

And I’m going to say it one more time, since he is one of my favorite Packers ever.

Previous Article
Favre Streak Ends; Favre Hawks Footballs Commemorating Streak
Next Article
What Brett Favre Does When On The Sideline In Street Clothes