Get Your Brett Favre Junk While You Still Can!

Okay, I don’t want to overdo it on the Brett Favre bashing, but I thought this was funny. And it’s a slow day.

When no one buys this stuff, they’ll be shipping it to third world countries where people can’t afford to clothe themselves. So, in that vein, Brett Favre will actually have done something good for someone other than himself. 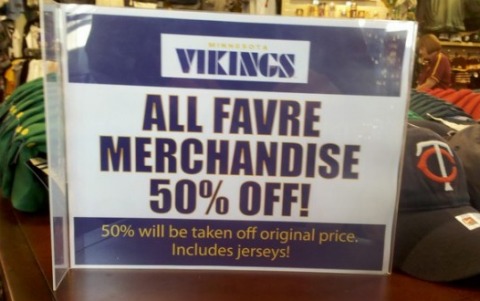 Packers Offensive Line Hyped, But They’re Really Not That Good

Packers Talking The Talk Despite Setbacks

Packers Talking The Talk Despite Setbacks