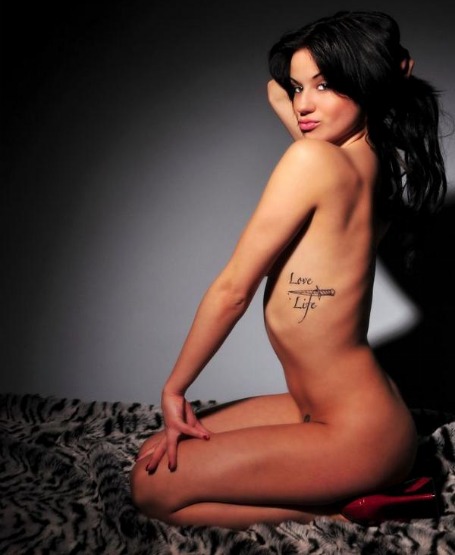 Yes, this is Allison Torres.

Former Florida State Cowgirl and friend of Jenn Sterger, Allison Torres, told Steppin’ Out magazine she was with Sterger when Sterger received the cock texts from Brett Favre.

“I actually saw it when he sent it. We just laughed when he did it,” Torres said.

Favre has admitted to leaving messages for Sterger, but denied the cock shots were his.

The NFL investigation is currently stalled because Sterger hasn’t agreed to speak with league officials and it appears there might be a good reason for that.

Torres also claims Sterger regularly texted Favre while she worked for the New York Jets and he played there. Favre reportedly tried to lure Sterger to his hotel room near Giants Stadium while his family was at home in Morristown, NJ.

According to Torres, Sterger considered the invitation, but there’s no word she accepted it.

“I just know they kept texting each other back and forth and that he wanted to hook up,” Torres said. “I wouldn’t doubt she was enjoying the attention from him.”

If Sterger did indeed consider Favre’s advances and texted him, the NFL has no reason to pursue a workplace misconduct/sexual harassment investigation and the case is closed, Favre gets to keep playing and Sterger looks like a whore.

If that’s how it ends up playing out, the only punishment Favre gets for being a sleazy douche is going to be from his wife, Deanna.