Deanna Favre Will Not Be Supporting Her Man This Week 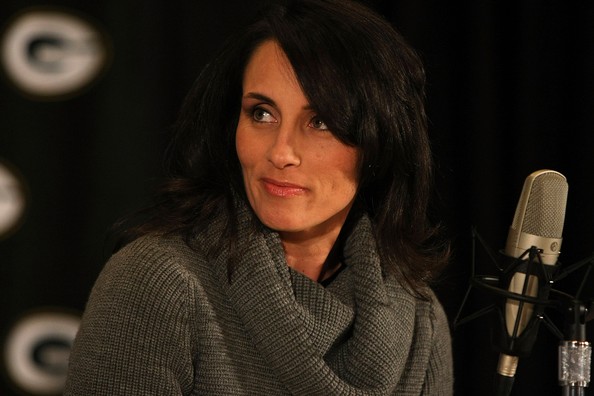 Will not be taking your cock-related questions.

I’ve been wondering where Deanna Favre has been hiding while this whole Brett Favre Cockgate saga unfolds.

The answer: not in plain view.

No, Deanna has been silent and predictably so, since her husband has said absolutely nothing about his text-related dalliance with Jenn Sterger. Some would say Favre’s silence is essentially an admission of guilt. If he weren’t guilty, why wouldn’t he just say the incident never happened?

So, you might also surmise Deanna thinks the same thing. Or, if Brett is indeed guilty and he admitted as much to her, you might figure she isn’t too happy.

Well, unless this is all an obvious coincidence, you might be right and the latest bit of evidence seems to support that potential conclusion.

Per Titletown Tickets & Tours, Deanna will not be attending this Sunday’s Minnesota Vikings/Green Bay Packers game. The following message appeared on their Facebook page Tuesday evening.

Deanna Favre has decided not to attend the game in Green Bay. Thus, we have access to a 30 yard-line suite for the Packers – Vikings game at a ridiculously LOW PRICE.

For those of you who might suggest Deanna doesn’t want to walk into a venue where her husband is hated, I’d point out that she did just that, last season, when anti-Favre fever was at its highest point. She was given her own security escort by the Packers and even mentioned how she enjoyed attending the game because she had so many old friends in Green Bay.

Unless she’s since lost all of her old Green Bay friends, you might correctly assume something else is going on.

Previous Article
Aaron Rodgers Not Surprised Brett Favre Is A Dick
Next Article
Sterger Lawyers Up, Favre Still Has Nothing To Say