The Detroit Lions Get Some Good News

After getting robbed by the officials of a victory over the Chicago Bears last week, Detroit Lions fans are actually the ones getting the good news.

For the first time in the history of the team, the Lions will have cheerleaders… sort of.

According to It’s Always Sunny In Detroit, there will be some major restrictions placed on the cheerleaders.

The cheerleaders will not actually be official Detroit Lions cheerleaders, but instead are dubbed the “Detroit Pride”.  The Pride won’t be your typical cheerleaders either.  For starters, they won’t actually be on the field.  The Lions aren’t going to let these chicks wear team colors or logos.  And, they’re forbidden from blocking the fans’ view of the field, take group pictures with fans or perform organized cheers.  So basically, these chicks are there to wear skimpy clothing and walk around the seats.

Apparently, the Fords, who own the Lions, think it’s still the 1920s and Henry is milling around the stadium somewhere. Word is, the cheerleaders will also have to wear bloomers, so don’t think you’ll be getting a glimpse of any leg, Detroit fans!

Unfortunately, these broads are no Philadelphia Eagles cheerleaders. Hell, I’m not even sure if they’re UWGB cheerleaders. 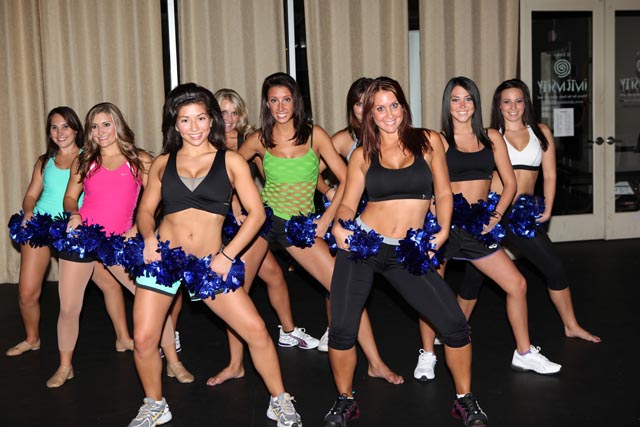