Lambeau Field May Be Enclosed To Create Wall Of Sound 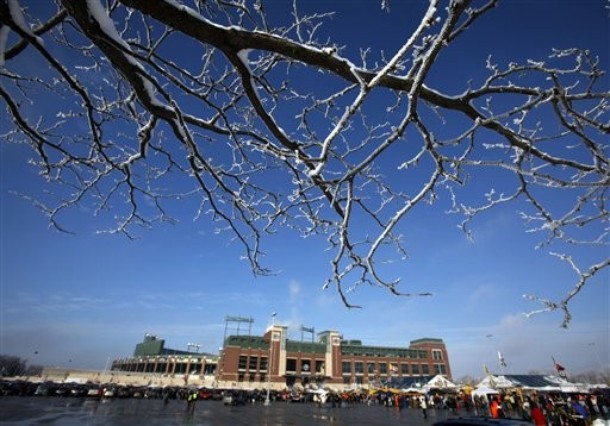 I wanted to get to this before the week was out, since it was first mentioned on Monday, when most of us were either nursing hangovers or just not paying attention.

One of the options the Green Bay Packers are considering as part of their plan to expand Lambeau Field is enclosing the south end zone, which would create what has been dubbed a “wall of sound.”

The Milwaukee Business Journal (subscription) first reported the story. It is not known whether Phil Spector was consulted on the plan.

What is known is the team could add as many as 8,000 seats to Lambeau Field.

From what I was able to read (because, you know, you have to have a goddam subscription), the Packers said precisely what we already know.

“We are looking at a number of options,” said Mark Murphy, Packers president and chief executive officer.

Among those options for expanding our beloved 72,928-seat stadium are a tailgate-themed area, an indoor/outdoor seating area, a brew pub, a gaming area, a press box-like area for fans and a restaurant.

None of those, however, would give the Packers a greater home field advantage than a wall of sound, which would make Lambeau a louder (and presumably drunker) stadium.

One thing I will give to that shithole over in Minneapolis is it’s loud. Now, it’s usually that way because they pump in crowd noise and blow that annoying horn, but it does give the Vikings an advantage.

Anything that gives the Packers a greater advantage is alright by me.