A Word About Athletes and Women 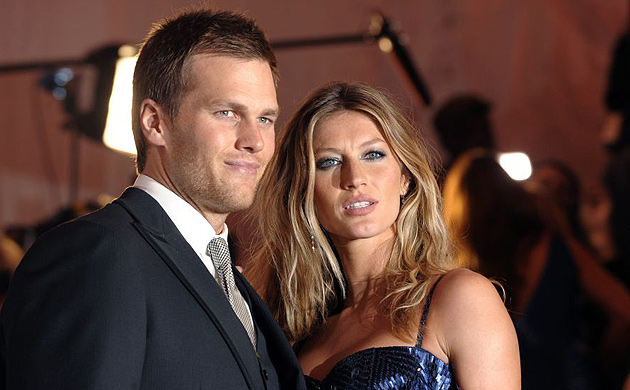 One of the few NFL players who had the sense to do it right.

Remember when your pro sports heroes were good, wholesome, family-oriented men who threw touchdown passes during the season and posed for photos with their wife, kids and dog on the family ranch in the offseason?

Well, those days are gone. Now, your heroes are more like, well… me. And I’ve never set a good example for anyone, unless your lifestyle is closer to that of Hunter S. Thompson, Charles Bukowski and Charlie Sheen than it is to Bart Starr, Joe Montana and Kurt Warner.

Warner, who is a happily married Bible thumper, is now the exception to the rule. So what happened?

Well, I could go into a diatribe about the evolution (or devolution, in some circles) of society as a whole, but this is a blog about football, so we’ll stick to the changing landscape of the NFL, which mirrors that of society at the highest or most wealthy levels.

First, you have to look at how much money NFL players make. It’s a lot and with that comes a certain sense of entitlement and the feeling that the rules don’t necessarily apply. Look at Tiger Woods – he used the same terminology when trying to explain why he thought it was cool to bang all those broads even though he was married.

To say NFL players are any different would be ignorant, but the mentality certainly has changed over the years.

There have always been debaucherous stories involving NFL players. You don’t have to look any further than the Green Bay Packers’ own Paul Hornung and Max McGee, whose boozing and womanizing was legendary. Then, of course, there was the ultimate ladies’ man, Broadway Joe Namath. This was the 1960s, when family values wasn’t just a campaign slogan used by desperate Republicans.

The Namaths of the world seemed to be the exception to the rule in the days before the 24-hour news cycle.

In the generation of players I grew up with, things were a little different. If you had a promising NFL career on the horizon, there was the unspoken rule that you married your college girlfriend so you didn’t get crossed up by some gold digging whore once you entered the league and started making millions.

Then, when your wife wasn’t looking, or when she became trained in the “boys will be boys” school of thought and realized she didn’t want to lose that 10,000 square foot house, you cheated on her with every hot piece of ass you could find. Exit wholesomeness stage left.

Example A may as well be Brett Favre, who, as people who lived in Green Bay at that time know, nearly lost his wife because of his nearly constant infidelity. His wife Deanna publicly blamed their problems on his alcohol abuse, but if Brett hadn’t been hitting Green Bay’s finest, the public probably wouldn’t have known anything about his boozing.

That brings me to today and guys like Ben Roethlisberger, who has been accused of sexual assault three times now. While there’s compelling evidence to suggest two of those cases may have been fabricated, that isn’t the point.

Tiger Woods assessment that the rules don’t apply to people like him is correct. They don’t. He’s richer than most of us could ever dream of being and like anyone who’s that rich, whatever profession they may be in, the rules are simply different. Money makes it a lot easier to do what you want, when you want and to conceal those things if necessary.

One thing money doesn’t give anyone is intelligence and guys like Roethlisberger have clearly demonstrated that. Most people in America know who Roethlisberger is and yet he still hangs out in college bars, gets wasted and let’s coeds take photos with him.

Somewhere along the line, some professional athletes forgot they aren’t regular guys anymore. You reap the benefits of fame and fortune, so guess what, you don’t get to hang out and get ripped with the locals and steal their girlfriends anymore. What you do get to do for all those millions we afford you is to set a fucking example off the field.

I’m terribly sorry inconvenience you, but that’s just the way it works.

Tom Brady is one guy who did it right – got himself a succession of models who probably weren’t going to press sexual assault charges against him, stayed out of places unbecoming of him, did some charity work, showed up for practice, threw some touchdowns and eventually found a nice, hot girl to marry.

Brady hung out in places that adults hang out in. He hung out in places rich people hang out. He didn’t stand around looking like a cunt in his spare time. He’s none the worse for it and neither is his team or the people who look up to him.

So, memo to NFL players. If you’re not going to get married and settle down or live a sensible lifestyle for someone under the constant glare of the spotlight, then at least have the good sense to hang out in the stuffy air of high society and leave the dive bars, cheap beer and loose women to me.