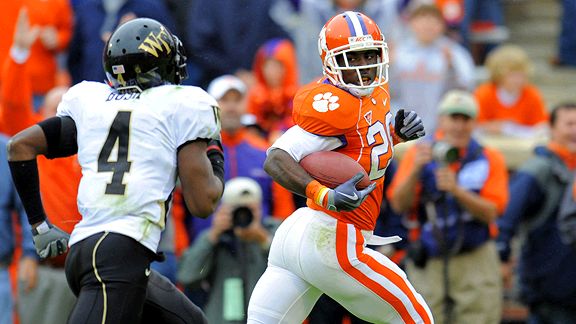 The mock drafts are beginning to pile up and while most of them don’t catch our attention, there are a few people we pay attention to because they put way too much time into analyzing the NFL Draft.

Two of those people are ESPN’s Mel Kiper and Todd McShay, who released their latest mock drafts earlier this week. We think you’ll like the prospects.

Both Kiper and McShay have the Green Bay Packers addressing their biggest need with the No. 23 pick – offensive tackle.

Kiper says the Packers will select Iowa tackle Brian Bulaga. It’s an interesting choice considering Bulaga seems to be on the rise after the combine. McShay has Bulaga going at No. 6 to Seattle.

McShay, meanwhile, says the Packers will take Rutgers tackle Anthony Davis. It’s also an interesting choice since Davis was considered the second-best tackle before the combine. Davis’ stock may have fallen, or other tackles may have risen – most notably Bulaga and Maryland’s Bruce Campbell – after the combine, but Davis would be a great pick for the Packers.

Meanwhile, the National Football Post’s Wes Bunting has the Packers going a totally different route – Clemson running back C.J. Spiller, who is the top-rated running back by most projections.

I know there are bigger needs across the O-line for the Packers, but adding a dynamic talent like Spiller is quite a find at this point.

Quite a find indeed, and I think it would be hard for the Packers to pass on a talent like Spiller, who is a threat to go the distance every time he touches the ball. Not only would he add another dimension to the Packers’ offense, but Spiller would also fill a need in the return game.

Think of what Percy Harvin added to the Vikings last season – Spiller would add a similar dynamic to the Packers.

On another note, Matt Bowen suggests the Packers could have the best of both worlds by grabbing a tackle in the first round and targeting Mississippi running back/receiver Dexter McCluster in the second round.

While the Packers have shown interest in McCluster and he would likely be an asset to the team, the main question is whether he even gets a second-round grade since he’s such a hybrid player.

Of course, this is all just a lot of speculation until the NFL Draft actually happens, but I think the Packers would be well served with any of these players.