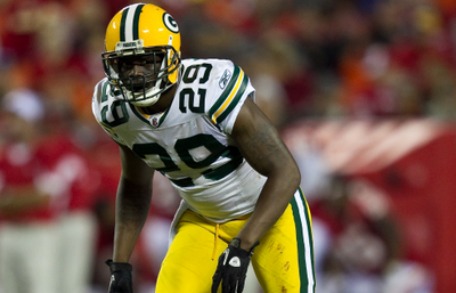 Martin gets a new two-year deal.

The Green Bay Packers have agreed to a two-year contract extension with safety Derrick Martin, who was scheduled to become a restricted free agent on March 5.

Martin, who was acquired at the end of training camp from the Baltimore Ravens, is entering his fifth season and was one of the Packers strongest special teams performers in 2009. He finished second on the team with 21 tackles.

The amount of Martin’s contract wasn’t released, but he likely would have received the lowest of the restricted free agent tenders – $1.176 million – had he not signed the extension. His 2009 base salary was $535,000.

“We wanted a little more security going into camp and make sure he had a home,” Martin’s agent, Brad Cicala said.

Previous Article
The Ballad of Brett Favre
Next Article
Vikings’ Leber: Favre Will Be Back