Yes, the NFL’s annual poking and prodding festival known as the scouting combine started this week. And yes, there is some “news” coming out of it. And yes, I’ll get to that.

However, let me first state this: I put little stock in the combine. Here’s what college prospects do there: they meet with teams and take a test called the Wonderlic, which measures their football intelligence; they run the 40-yard-dash; they lift some weights and do some jumping drills; and they get measured, weighed, etc.

What does all of this tell a prospective team?

Well, if they meet with a guy and find out he’s a total idiot (Torrance Marshall Syndrome) or get the impression he’s going to father seven illegitimate children and get high all the time, they’re probably not going to draft him, so that’s one good aspect.

They determine if a prospect has the prototypical NFL body for his position. While this can help determine a player’s potential for success, it doesn’t really determine whether he can play football or not. I’ll give you two players on the Packers who didn’t have the prototypical NFL body for their position and have had pretty nice careers – Al Harris and Donald Driver. What I’m saying is, you can’t measure a guy’s work ethic and will to succeed.

Of course, the other measurables determine how fast and strong a guy is. I also find these things to be horseshit when it comes to gauging a player. Running in a straight line for 40 yards does not mean you can cover a receiver if you’re a defensive back and conversely, it does not mean you can run a decent route if you’re a receiver. If you’re a running back, it doesn’t gauge if you have good field vision. You get the point.

Astute teams will study film and draft largely based on that, using the combine as a secondary tool, but every year, there’s some combine wonder that shoots up draft boards because of his performance and then ends up being crap in the NFL.

A perfect example is New York Jets linebacker Vernon Gholston. After recording the highest bench press score, running a 4.56 40, and having all of the correct measurements for a rush linebacker at the 2008 combine, the Jets drafted Gholston sixth overall (take a look at his shining combine profile here). In two pro seasons, Gholston has recorded a whopping 30 tackles and zero sacks.

So, with that out of the way, I’ll say this: you’ve been warned. The “news” that comes out of the combine is often about as meaningful as a guy’s 40-yard dash time, but people write it nonetheless, so we’ll tell you about it.

Here’s a quick rundown of who the Packers talked to so far, courtesy of our friends at (now corporate!) Railbird Central.

What does this tell us?

The Packers are definitely looking for a replacement for punter Jeremy Kapinos. Punter is one position Ted Thompson has never been able to man adequately (unless you count Jon Ryan, who Thompson cut in favor of the terribly awful Derrick Frost – nice move, TT!).

Holliday is the guy who said he’s trying to beat Chris Johnson’s combine record of 4.24 in the 40. He claims to have run a 4.21. I like this cat already.

The meeting with Holliday means the Packers are also probably looking for a return man, as Pete Dougherty, master of the obvious, points out. And hell, the Packers should be looking to bolster their special teams – the unit finished 31st in the NFL in 2009.

So, on to the rest of the speculative journalism.

Bob McGinn says there are six top-tier tackles in the draft, meaning the Packers have a good opportunity to land the starting tackle they need at No. 23. That figure is up from the four tackles – Oklahoma State’s Russell Okung, Rutgers’ Anthony Davis, Iowa’s Brian Bulaga and Maryland’s Bruce Campbell – we told you about previously.

There’s no consensus where these guys rate, other than the fact that everyone believes Okung will be gone within the first 10 picks. Beyond that, you have some difference of opinion.

“Okung is top 10 and Williams and Davis are top 20,” another AFC scout said. “Bulaga is maybe top 20. It’s an excellent, an outstanding group of tackles.”

That would leave the Packers with a potential opportunity to take Bulaga or Campbell, as we suggested before, or Brown. However, Dougherty and Pelissaro (who had to double team this huge scoop) over at the Press Gazette say Bulaga is rising out of the Packers’ reach.

Why is he rising? This is what I love about the combine: because his arms aren’t too short.

Though Bulaga is impressive on videotape, some teams were slightly concerned he might have short arms similar to former Iowa left tackle Robert Gallery, who was the second pick overall by Oakland in the 2004 draft. Gallery, whose arm length was only 32 inches, ended up a major bust at tackle in part because his short arms made it difficult for him to keep his hands on pass rushers and now plays guard.

Bulaga, though, had his arms measured at 33¼ inches Thursday at the combine. Though not long, that’s considered long enough.

The guy should get a tatoo on each of his forearms that says “long enough.”

Anyway, that’s all of the combine nonsense I have for now. If I can tolerate it, I’ll dig up some more tomorrow.

Al Harris Can’t Leave the Money On the Table 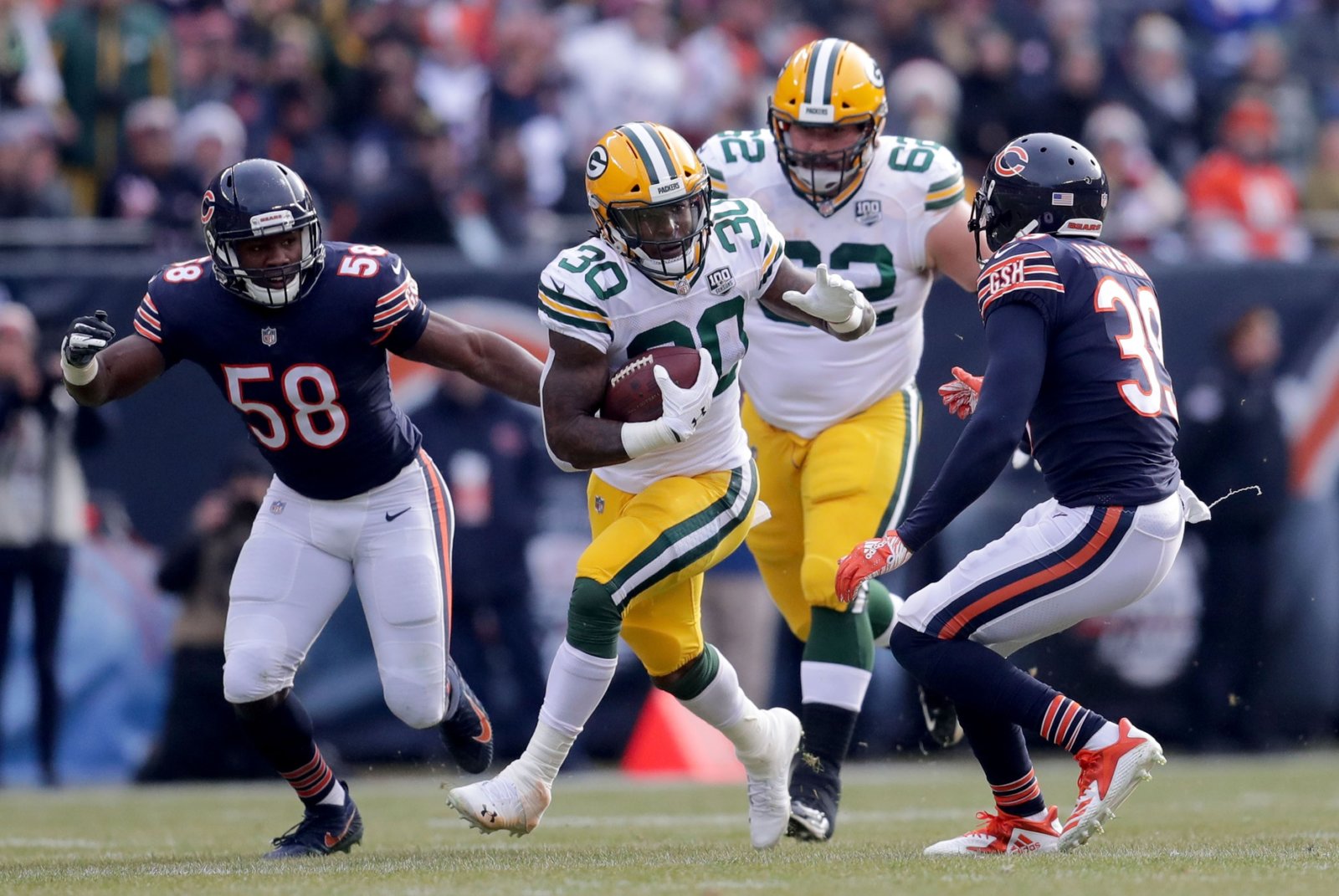