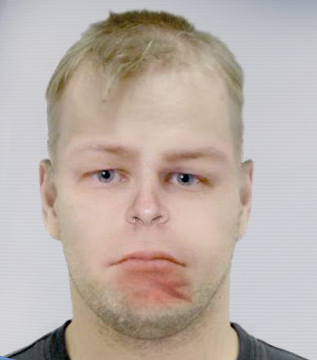 Today’s guest blogger is Erick Sklogund. Sklogund is a Vikings beat writer and humor columnist for The Observer Herald in Le Seur, Minnesota.

The corpse of the Minnesota Vikings’ 2009 season is still warm, but it’s not too soon to reflect on where this team stands among the all-time greats.

First things first, though. With a dominating, yet ultimately losing performance against the New Orleans Saints, the Vikings put the 2009 Minnesota Vikings vs. the 1996 Green Bay Packers argument to bed.

Putting up almost 500 yards of offense and generally annoying the Saints’ vaunted offense all night, Brett Favre’s 2009 edition of the Vikings is vastly superior to his 1996 Packers.

I’m not sure why it isn’t brought up more often, but another fact to consider is the age of those Packers. Every one of those players is now retired, most are in their 40s or 50s and some are even dead. I’m sorry, but if those teams were to go head to head today… no contest. That said, I’d be willing to give the Packers the edge if they actually played in 1996. Most of the 2009 Vikings were in grade school back then and frankly, while physically gifted, they were still learning the game.

So, we’ve established that this is without a doubt Brett Favre’s greatest team. Let’s assume that the previous 43 Super Bowl champions would slide into the top 43 slots. Most football experts would agree that the 1996 Packers probably rank as the 41st best Super Bowl champion. Since we proved that the 2009 Vikings are better than the 1996 Packers, it’s safe to say that the 2009 Vikings belong in the 40th slot.

Take heart Viking Nation. Though we all would have preferred to see Brett, Jared, Pat, Adrian and Visanthe suit up for the Super Bowl, the 2009 Vikings are still the 40th best team to ever play in the NFL. A flawed, simplistic view of the NFL? Perhaps, but what do you expect? I’m a lifelong Vikings fan.

Moving on… I have bigger fish to fry.

Sunday night’s debacle was yet another example of why Roger Goodell and the NFL need to finally consider abandoning the so called “playoff” system in favor of a more rational and fair BCS-style system.

The league’s archaic playoff tournament forced Minnesota to actually play the game on Sunday – leaving them vulnerable to poor officiating, their own mistakes and occasional superior play by the Saints. The bottom line: the NFL’s ridiculous playoff format cost Minnesota a championship.

Using an algorithm too futuristic and complex for me to even comprehend let alone describe, the voting system would rank each playoff team based on a myriad of criteria. Stats, wins, coaching and overall marketability would all be taken into account. With eight Pro Bowlers and a brash hillbilly swagger that hasn’t been seen since The Dukes of Hazard, you gotta believe that the Vikings would surely be the NFC Champion and on their way Florida.

And obviously, the Vikings themselves agree with me. How else do you explain this page, which remained live as late as Tuesday morning: 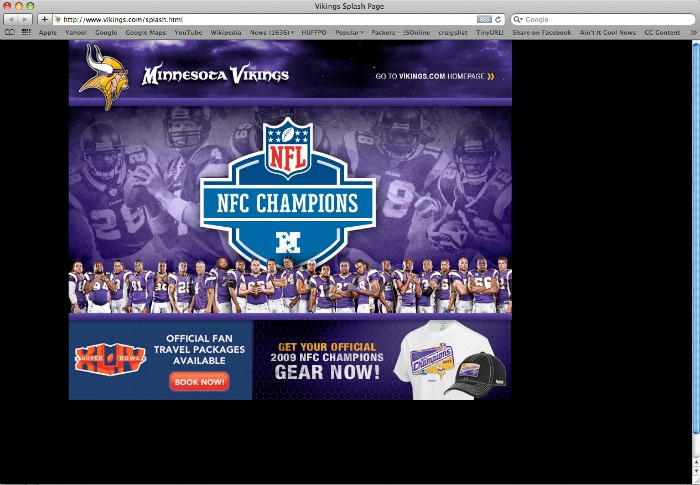 Now, here’s the real question: Where can I buy me some of that gear?!