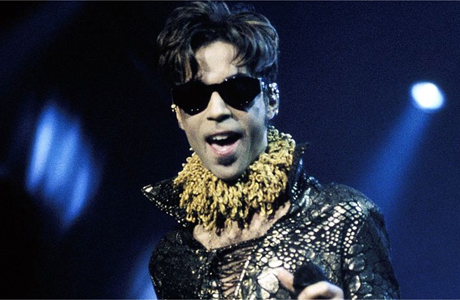 Prince is one of the great musicians of our time. He’s written fantastic songs like “Purple Rain,” “1999,” “Cream,” “Seven” and “Darling Nikki.” He’s pushed the boundaries of music and art. And he’s done all of this despite being from Minneapolis.

As far as pop music icons go, I’d place him behind only Michael Jackson in the modern musical era.

That is, until yesterday.

I gotta tell you. It’s the worst piece of crap I’ve ever heard.

First, it’s about the Vikings, and not a cool song about how the Vikings suck donkey balls, but a song that actually glorifies this classless, shit organization.

Third, Prince doesn’t even sing on it.

Are your ears bleeding? Did you just projectile vomit across your desk? Are you now stabbing yourself in the face with a pencil?

If you’re not, let me run down these lyrics for you.

I am not even fucking kidding you.

I know you want me to tell you this is some elaborate hoax, but I’m sorry. It isn’t.

So, quick, throw back a shot of whiskey, listen to this and pretend none of this ever happened.

As for you, Prince,well, your stock just fell through the floor.

Previous Article
Remembering the Last Time the Minnesota Vikings Played for the NFC Championship
Next Article
Go Ahead, Give Up Your Season Tickets