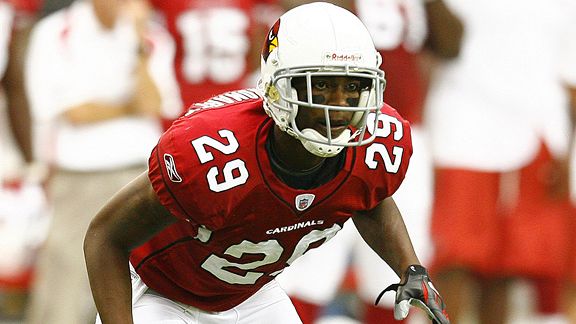 The Arizona Cardinals suffered three key injuries during their 33-7 loss to the Green Bay Packers on Sunday. Wide receiver Anquan Boldin, cornerback Dominique Rodgers-Cromartie and defensive end Calais Campbell all left the contest and are in varying degrees of disrepair heading into the teams’ wild card matchup.

Boldin, who recorded 84 receptions for 1,024 yards this season, is the most significant injury and most unlikely to play. Boldin, who has a sprained ankle, was relegated to riding a stationary bike during Wednesday’s practice. ESPN’s Adam Schefter indicated that the Cardinals are not optimistic that Boldin will play.

Although he played with a sprained ankle during the season, if Boldin is out or limited, it could drastically change the complexion of the game. Without Boldin, or with him at less than 100 percent, the Cardinals lose their biggest strength – the best three-receiver set in the NFL. The Packers can also protect their biggest weakness – Jarrett Bush.

Regardless of whether Boldin plays, Charles Woodson will cover Larry Fitzgerald. Without Boldin, the Packers can move Tramon Williams to cover Steve Breaston, the Cardinals third receiver, which is at worst an even matchup and at best, advantage Packers. If Boldin is close to 100 percent by Sunday, Bush will be forced to cover Breaston, and that most certainly will provide the Cardinals with an advantage.

Campbell, who recorded seven sacks this season, fractured his thumb on Sunday. He had surgery on Monday and the Cardinals hope Campbell can play with a cast this week.

Rodgers-Cromartie, the Cardinals Pro Bowl cornerback, bruised his knee on Sunday, but is confident he’ll play against the Packers despite not feeling any better.

If Rodgers-Cromartie can’t go, Packers quarterback Aaron Rodgers will get another chance to pick on his backup, Michael Adams, who struggled mightily on Sunday. In addition to committing three penalties on Sunday, Adams was also burned by Jordy Nelson for a 51-yard reception.

Being without Boldin or Rodgers-Cromartie will seriously hinder the Cardinals chances on Sunday and being without Campbell certainly wouldn’t help anything. The Packers could very realistically be looking at another double-digit blowout of the Cardinals.